Skip to navigation
For Friendly & Innovative Legal Solutions Contact Us 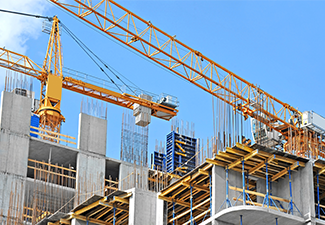 Construction projects rarely go as planned. Unforeseen obstacles arise, and disputes over specifications can slow progress. One of these unforeseen problems falls under what the industry calls “differing site conditions.”

This means that the ground upon which the project is proceeding differs from what was anticipated at the beginning. For instance, what may have appeared to be a soft soil site may turn out to be full of rocks underneath, making construction more difficult than initially thought.

When a construction contract is out for bid, the contractors wishing to bid on it have little time to venture out to do a detailed analysis of the site itself, especially the conditions underneath that may present unforeseen obstacles and delays. What rights does the winning contractor have when the site is different than presented by the owner or as represented in the contract?

This is a good question, and courts often will favor the owner over the contractor if the contractor’s lack of due diligence and comprehensive site inspection appear to be the cause for the delays and expenses resulting from the different site conditions. In fact, in disputes over federal contracts and the added costs of fulfilling the contract because of different site conditions, courts have favored the federal government three-quarters of the time.

If you as a contractor, owner, or other participant in a construction project in or around Miami, Florida, are facing a dispute over site conditions, contact the construction law attorneys at Miguel A. Brizuela, P.A. We will listen to your story, assess the circumstances of the dispute, and fight with you to obtain the best possible result. We proudly serve clients throughout Southern Florida, including Fort Lauderdale and West Palm Beach.

What Is a Differing Site Condition?

As briefly described above, a differing site condition (DSC) means that something at the construction site is not as it appears to be or how it was presented in the bidding process or proposed contract. Some of the differing conditions include, in addition to the rocky subsurface already mentioned, buried debris, unanticipated utility lines, and a higher-than-anticipated water table.

The federal government delineates site condition disputes/claims into two categories: Type 1 and Type 2. According to Federal Acquisition Regulation (FAR), a Type 1 DSC is defined as “subsurface or latent physical conditions at the site which differ materially from those indicated in this contract.”

Type 2 is defined as “unknown physical conditions at the site, of an unusual nature, which differ materially from those ordinarily encountered and generally recognized as inhering in work of the character provided for in the contract.”

Pursuing a Type 1 or Type 2 Claim

Many if not most construction contracts at the private level also contain differing site condition clauses that rely on the same classification system of Type 1 and Type 2. The two present somewhat different challenges in making a claim.

To succeed in a Type 1 claim, a contractor or other must show that:

In a Type 2 claim, a contractor or other must establish:

If the claim ends up in court, the legal standard is whether conditions were reasonable or foreseeable and whether the contractor should have “reasonably” discovered or anticipated the conditions.

What If There’s No Site Conditions Clause?

If a contractor undertakes a project under a contract without a site conditions clause, he or she will have to pursue a legal resolution under a breach of contract through misrepresentation or fraud claim. Other common law principles may also be utilized, including mutual mistake, superior knowledge, and unjust enrichment.

Whichever end of a construction contract you’re on – owner, contractor, subcontractor, or other – you need to make sure the language in the legally-binding document protects you. Our attorneys can help create contracts with differing soil condition clauses, or we can review a contract you’re looking to sign. We also stand ready to help anyone involved in a differing soil condition dispute. If you’re in or around the Miami, Florida, area, contact us at Miguel A. Brizuela, P.A.